Friday 17 May 2019 is International Day Against Homophobia, Biphobia, Interphobia and Transphobia (IDAHOBIT). Launched in 2004 #IDAHOBIT celebrates LGBTQIA+ people around the world, championing inclusion and aiming to build a better world for the LGBTQIA+ community.

Why is it important?

Studies have shown that a higher than average number of people who identify as LGBTQIA+, experience poorer mental health outcomes than their peers. These health outcomes can be directly related to their experiences of abuse, discrimination, prejudice and stigma on the basis of their sexual pretences and identity.

Experiencing abuse and harassment on this level can lead to a higher risk of suicidal behaviours.

Compared with the general population, those who identify as LGBTQIA+ aged between 16 and 27 are five times more likely to attempt suicide in their lifetime. For people with an Intersex variation aged 16 and over, the figure is nearly six times, and for transgender people – aged 18 and over – the figure jumps to nearly eleven times more likely.[2] 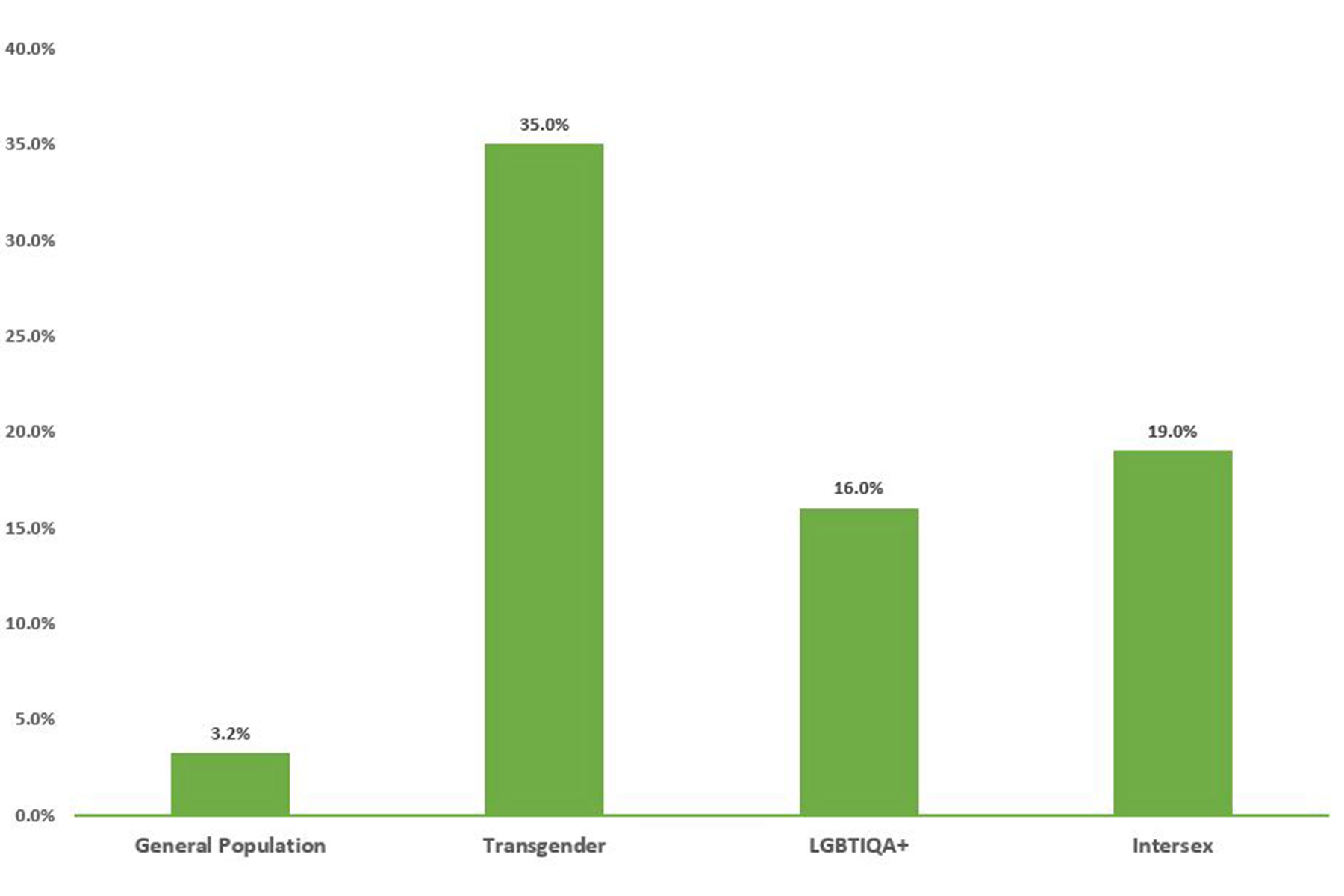 Transphobia refers to negative feelings, words or actions directed to a person who identifies as trans or gender diverse. This can include transphobic language, or restrictions on the way that people are allowed to express their gender.

Transphobia can also include abusive threats, physical violence, sexual harassment and deliberately excluding someone because of their gender. In a recent study, 40% of transgender adults said they had attempted suicide, with 92% saying it was before the age of 25.[3]

Homophobia refers to negative feelings, words or actions directed to a person who identifies as gay or lesbian. It can take a subtle form, such as put-downs, jokes, name-calling and rumours. It can also be expressed in overt discrimination, harassment or violence and deliberately excluding someone because of their sexuality. In a recent study, youth from this cohort seriously contemplate suicide at almost three times the rate of heterosexual youth, and are almost five times as likely to have attempted suicide.[3]

Biphobia refers to negative feelings, words or actions directed to a person who identifies as bisexual – someone who is attracted to more than one gender. Again, it can be in the form of subtle put-downs, jokes, name-calling and rumours. Biphobia can also include overt discrimination, harassment, violence or exclusion.

Discrimination towards intersex people happens when a person is treated less favourably than another person in a similar situation because that person has physical, hormonal or genetic features that are neither wholly female nor wholly male; a combination of female and male; or neither female nor male. This includes exclusion or mistreatment when visiting medical services.

Each of these terms can occur online or face-to-face and affect everyone by creating spaces where people feel unsafe and can’t be themselves. Sexuality, gender identity and intersex status aren’t always visible, so creating a culture where everyone is safe, even if there aren’t any visible LGBTQIA+ people, is important.

Exclusion and abuse leads to:

What can you do?

Educating yourself and supporting causes such as #IDAHOBIT leads to increased inclusion and recognition. By speaking up, you help to challenge the language and behaviour associated with discrimination.

Inclusion and recognition leads to: